Genetics blog and other junk

11 replies to this topic

Guild Bros, I have a confession. So I sort of lied on my profile, I'm not currently doing a Ph.D. but will be starting one in August.
I'll be researching the evolution of piRNA defence pathways, basically in your DNA you have these things called transposable elements, they're gene sequences which exist to copy themselves to elsewhere in your DNA, to increase their copy number, basically selfish DNA. This can cause genes to fuse, chromosomes to translocate, a whole mess of problems including sterility, so to deal with it, we've developed this defence mechanism which binds RNA (DNA but with ribose sugar instead of deoxyribose) that's complementary to the transposable element RNA, this binds to the TE RNA and degrades it using special protein complexes.

The way these evolve is not really understood and actually pretty interesting from what people have gathered so far, so I'm really interested in all this.

My mum and girlfriend want me to start doing a blog explaining what I'm doing so they can understand it, ya know take an interest.
I'm basically posting this, wondering if any of you guys would be interested in the blog once I've started it? At the start I'll have to go over the basics of things like DNA replication and stuff but it will get more interesting/complex once the basics have gone over and when I start more than just reading scientific papers in August.

If you guild bros are interested I'll post the link to the blog once it's started and past the basics, if you find it interesting or want to learn something new or anything. None of my family has done anything past GCSE science so it'll hopefully be easy to understand, but eventually get into the real meat of the project once I've covered the basics for those more into the project side.

It gets a lot more complex than what I stated, sort of lied there but I've not figured out a simple way to explain it properly yet.
Also my grammar will improve, promise.

dude that sounds awesome! i will be very much looking forward to your blog. I've done a fair amount of genetics and molecular biology as outside courses at uni and i always thought transposble elements were pretty cool. cant wait to read what you've been doing.

Sounds interesting, even though I have a very basic understanding of genetics. I'll be asking questions most likely

I'm interested in genetics. In fact I'd be interested in your opinion on the genetics related parts of my racism essay if you ever have the time: http://www.darkademi...ation-of-racism

I'm interested in genetics. In fact I'd be interested in your opinion on the genetics related parts of my racism essay if you ever have the time: http://www.darkademi...ation-of-racism

Only read the intro, conclusion & genetics parts. From what I remember it's still up in the air about the Lewontin paper & people that agree with him & disagree with him both have some valid/some not so valid points about it all. The important thing, to me, to hammer home is that the genetics involvement in racism is like everything, people blow the tiniest details & traits out of proportion as an excuse to hate some one, so maybe add a bit more of that in the genetics conclusion? I don't know really, I've never seen the importance of using molecular genetics to define what a race is as focusing on differences between people isn't important really, there are much more interesting things to focus on in the world.

My dad's a developmental biologist who went to Cambridge, has worked at UC Berkley and Harvard, and is currently at King's college London. I might be able to get him in contact with you if you have any particular questions

Grinning at your demise

Here's the link, it's just got some cut down basics on it ATM about DNA replication, forming proteins and condensing DNA, I'm trying to keep it at like GCSE to A level understanding so parents n girlfriend can understand it so have cut out a lot of the complex stuff, I think next it will be meiosis then after that about transposons, then how they effect things & so on until the project gets underway.

Is this in drosophila?

Grinning at your demise

Is this in drosophila?

My project will be using drosophila to observe the TE defense evolution, the examples I'm giving for the first 2 posts of the blog are just examples from humans to better explain it. I'll move onto drosophila specific stuff as i go on until it just becomes a blog for my project. Just basic stuff at the moment.

I studied Genetics at Uni...though no drosophila were involved.

I'd really like to have a read of what you produce. I'm sure that my understanding of it will be about O'level standard these days, so the parent/girlfriend paper will be great. 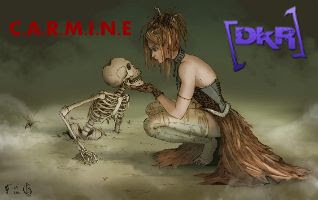 I like that the general idea is quite easy to grasp for a layman like me. There are some things I barely understand, but overall - nice articles.
Still have to read June 15th and 16th ones.

I like that the general idea is quite easy to grasp for a layman like me. There are some things I barely understand, but overall - nice articles.
Still have to read June 15th and 16th ones.

Cheers Man! I'll keep updating it as I go.

Back to Science & Technology


0 user(s) are reading this topic